Swelling: Slowly going down a little more.
Sleep last night: Slept ALOT. I woke up at 1030 today (even though I woke up at 4:45am but forced myself back to sleep). Hurrah! Sleep!
Other weirdness: Tingles still happen.
Mood: A little stressed about an alumni meeting on Saturday, but looking forward to some work stuff tomorrow.

We're almost at the two-month marker of my post-op journey and I can hardly believe time has flown by so quickly. I've not been posting as frequently now because I somehow find that I haven't had much time, energy, or fodder to write.

These few days have been a lot about work and about sorting things out within myself. I have been thinking a lot about the future and where I should be and where I want to go... it's been quite the struggle - this big debate within myself about wanting to be a simple girl with a simple life and family versus wanting to make a big difference to the world, go work in the Amazon or in rural India... it's complicated inside me like that. 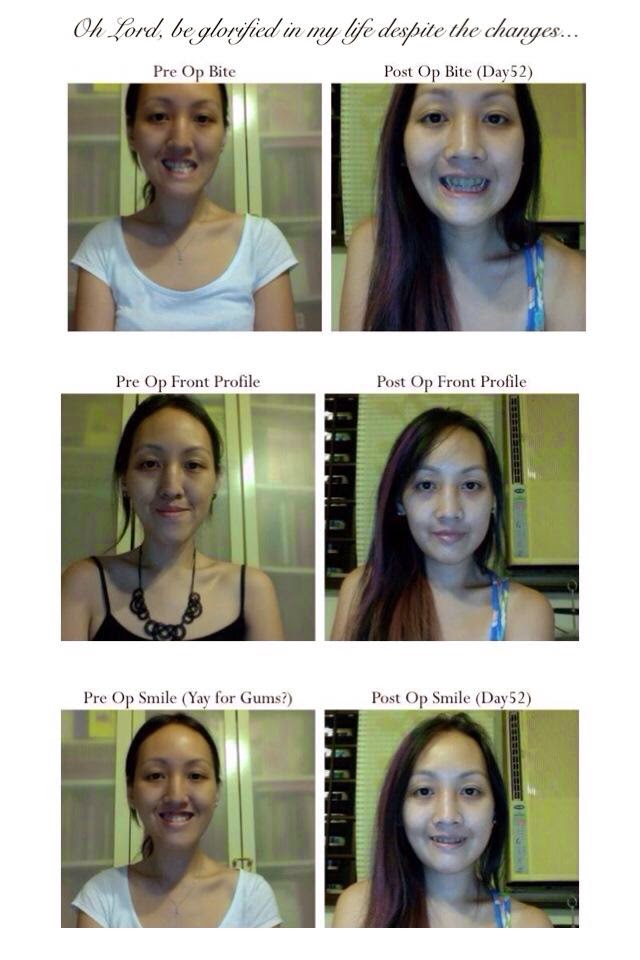 Recently, I put up another profile comparison picture on the FB jaw surgery group as I was really upset last weekend when some people couldn't recognize me at a wedding. It was kinda distressing and I thought a lot about my identity and all sorts of weird stuff like that. I'm really so thankful how encouraging the group is... it's amazing how a group of strangers going through a similar situation in life can truly be some of the greatest support groups for such phases in life. I really trust their comments (because they have no social equity to be worried about) and I'm more convinced that my face has really changed quite a bit. One of the ladies mentioned that she didn't understand why therapy wasn't part of the jaw surgery process when so much adapting needed to take place. :) I guess that's pretty true, but I think therapy is not an option for me... I think all I need is time.

I've pretty much stopped keeping track of my food intake here too because eating is back to normal and I needn't worry about caloric intake anymore... in fact, I've been stress-eating a lot to the point that I've put on weight! >_> I've still be eating salmon at least 4 times a week and keeping to my supplements regime of Omega 3, Vitamin B, Calcium+Vitamin D, and a hair supplement though. :) Feels a little weird to be popping so many pills a day now (compared to NONE two months ago) but I suppose it's for the best whilst my body needs to heal up. I think I'll keep this up for the next 4 months till the 6 month post-op mark.

Nothing too major has been happening with the jaws except that the teeth somehow feel a lot more sensitive nowadays and sometimes my jaw feels like an external part of me. I can still feel the incision of my upper jaws where my stitches have dropped out... it still feels a little raw. The tingles still come and go and I think that's probably why my jaws feel a little funny now - because the nerves are waking up and so I'm just starting to feel what has been numb for the past few weeks. The chin and lower lip is pretty much still numb now. I hope they wake up soon!

I still can't bite or chew anything without feeling weird though so I'm still chopping things up into small bits and swallowing them whole. The bands are still on too. Orthoman says I might be able to take them out soon... but yeah, I need to check in with him. I've actually grown quite attached to the fact that I have bands on - they somehow give me some security that everything is held together and is going to be alright.

Saturday is a big day considering that I'm headed for an university alumni gathering. I don't know how that's going to go. Looking at the mixed reviews that I've been getting - with a majority of people not recognizing me so far, whilst a few others can, I think a lot of people may or may not recognize me (I was pretty active in clubs and all sorts of extra-curricular stuff in my university). I think I need to be a little mentally and emotionally prepared for that. Part of me is really hesitant to go, but I think I just need to force myself out and meet more people so that it'd get easier over time. It's either sooner or later anyway. 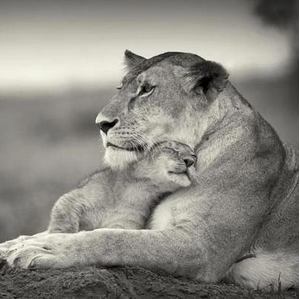